Madam President, I extend warm felicitations to you on your election to the presidency of this Assembly. The outgoing President deserves our appreciation for successfully steering the Assembly’s work. We commend the Secretary General, Mr. Antonio Gutteres, for the dedication, commitment and leadership with which he has been serving the Organization. As we commemorate the 100th birth anniversary of Nelson Mandela, I would like to pay my profound respect to him and for the cause he fought for. An iconic figure, he was a great human soul and remains a source of inspiration for peace, justice, harmony, forgiveness and reconciliation. This year we have lost an outstanding diplomat and visionary Secretary General Kofi Annan. I also pay sincere tributes for the tremendous contributions he made to promote peace, development and human rights in the world. Madam President, I bring greetings and best wishes from the Land of Buddha and Sagarmatha also known as Mount Everest for the success of this session. Since I addressed from this podium in 2006, Nepal has undergone historic political transformation. Through dialogue and deliberations, through mutual respect and accommodation, we steered a uniquely successful home-grown, nationally led and owned peace process. It was about peaceful transformation of an armed conflict. It was about restructuring of the State and promoting unity in diversity; It was about making Nepali people truly sovereign and as source of state power; and It was about institutionalizing and consolidating all those achievements in a democratic constitution through a popularly elected Constituent Assembly. Despite the difficulties in the wake of devastating earthquakes, the political leaders rose to the occasion with a common resolve to promulgate the constitution in September 2015, thereby fulfilling the seven-decade long people’s aspiration to write their own constitution. The Constitution of Nepal not only consolidates democratic polity under a federal republican order, but also embodies extensive rights and freedoms of the people. Separation of power, checks and balances, the rule of law, independence of judiciary, periodic elections, inclusive and proportional representation are the defining features of the Constitution. 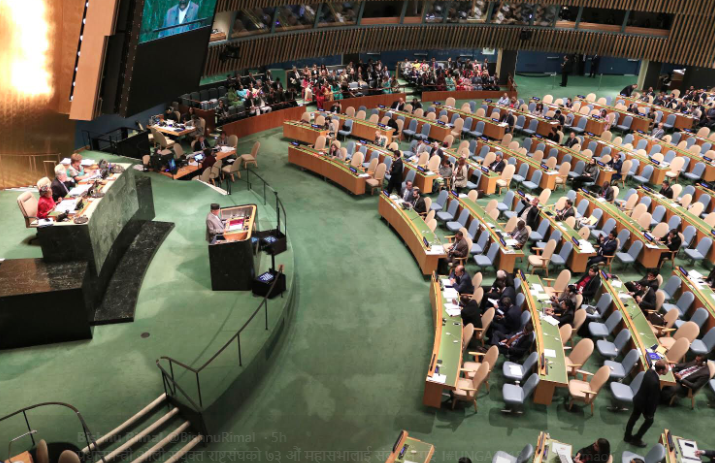 Qatar's 'embargo revenge' through the World Cup: modest but priceless

Are you having a tough time managing your field sales team? Here is the solution.